​West Ham start the season up against possibly the toughest team they could ask for: Manchester City. However, in front of the Hammers faithful, Manuel Pellegrini will be hoping that his side can pull off an early season upset.

With no European football this season, the Hammers will be keen on making a push up the table and finish somewhere in the top eight. ​West Ham had an indifferent season in the league, yet showed improvement and positive signs for the forthcoming campaign. Finishing 10th in the Premier League isn't bad, but the Hammers showed some fine form at times and played some great football - despite losing their first four league games.

Manuel Pellegrini's men had a good home record, beating Arsenal and Manchester United and even holding Liverpool's juggernauts to a 1-1 draw. However, their away record was shaky.

With some more top signings confirmed, West Ham will be very hopeful that they can build on last season's finish and continue playing attractive football. 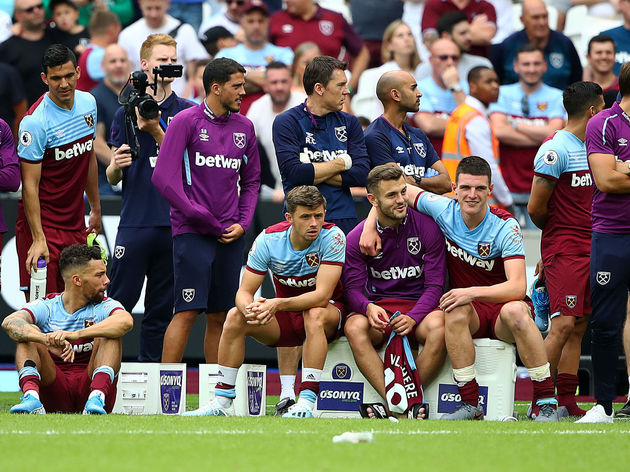 West Ham had a mixed pre-season, losing three games and winning three games. They struggled against higher quality sides like Manchester City and Athletic Bilbao, but won games they were expected to against the likes of Fulham.

It's clear that the Hammers are capable of scoring goals - putting five and three past Hertha Berlin and Altach respectively. However defensively, they look like they may struggle after conceding 12 goals in six games, despite looking like they have good defenders on paper. Pellegrini will be looking for a way to shore this up before the season starts. Last season West Ham lacked some bite in the offensive areas due to Lanzini's injury and having not many top class options along the front line. However, Pellegrini has addressed those problems, signing Sebastien Haller for £36m alongside Albian Ajeti for £9m to play up front. As well as that, West Ham recruited Villarreal playmaker, Pablo Fornals. ​Marko Arnautovic finally got his move to China that he had been desperate for for so long. It came to a point where West Ham didn't want anything to do with him anymore so just sold him for a reduced fee of £22m.

Obiang and Fernandes also departed for a combined fee of £13m whilst Samir Nasri was released after failing to make a mark. They were also able to sell Lucas Perez for just £2m. West Ham are set to pose a serious threat to Premier League defences next season. Alongside Felipe Anderson, the Hammers will have a fully fit Manuel Lanzini and new signings Haller and Fornals to make up their front four. Despite having a good defence on paper, with highly-rated Issa Diop at the heart of it, West Ham have really struggled at the back in pre-season.

The Hammers will hope it just a fitness thing and they will be more organised and sharper when the season starts. Manchester City will definitely give their defenders a test... After suffering a terrible injury, ​Manuel Lanzini finally returned towards the end of last season, but clearly lacked sharpness. However, West Ham's main man will really aim to make his mark back on the Premier League this coming season.

Most of West Ham's creativity comes from the little Argentinian magician, and he is set to have a big 2019/20 season, especially with Haller ahead of him and Felipe Anderson offering him support in midfield. West Ham have a good team for the new season, but they are just too far behind the rest for a Europa League push.

Realistically, they should settle for improvement on last season and a possible top eight finish. However, they are crowded with other teams who have seriously improved, like Everton and Leicester.

As a result, a top eight finish is the most West Ham can hope for.