West Ham appear to have found a taker for one of their two calamity-prone backup goalkeepers, with ​Alaves agreeing a deal to take Roberto off the east London club's hands for the rest of the season.

The 33-year-old had played over 300 first-team games across a decade and a half when he arrived in the Premier League on a free transfer before the start of this season, but immediately looked out of form, confidence and form (again) when called in to deputise for the injured Lukasz Fabianski. 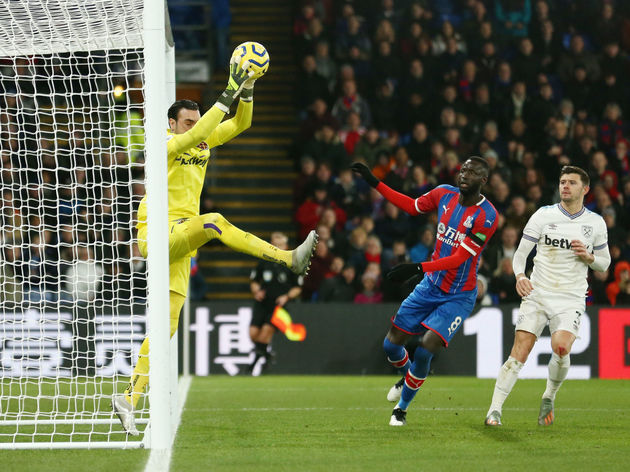 Roberto lasted eight Premier League games before being jettisoned in favour of backup-backup David Martin, who had his own slip-up in relief of Fabianski against Sheffield United last week.

The Spaniard's shakiness in goal made his position at the club more or less untenable, leaving him looking for a move on loan for a goalkeeper-needy team with 18 months left on his contract.

​AS report that Alaves have agreed a deal to become Roberto's seventh Spanish club, with a deal set to be announced on Monday for a temporary move until the end of the season.

The Basque side sit 15th in ​La Liga going into the second half of the season, sitting five points clear of the drop zone thanks in no small part to the goals of Premier League flops Lucas Perez (8) and Joselu (7). Roberto would be arriving in the Basque country to back up Fernando Pacheco rather than coming in to be first choice, arriving to cover the departure of Antonio Sivera to Segunda Division promotion hopefuls Almeria.

He'll likely be on the bench for ​West Ham one last time this weekend when the club face Everton at the London Stadium, with Fabianski injured once again last time out against Sheffield United.