​West Ham United supporters have been left furious by the news that vice-chairman Karren Brady has been handed a pay rise of £238,000, despite the club's failings on and off the field. 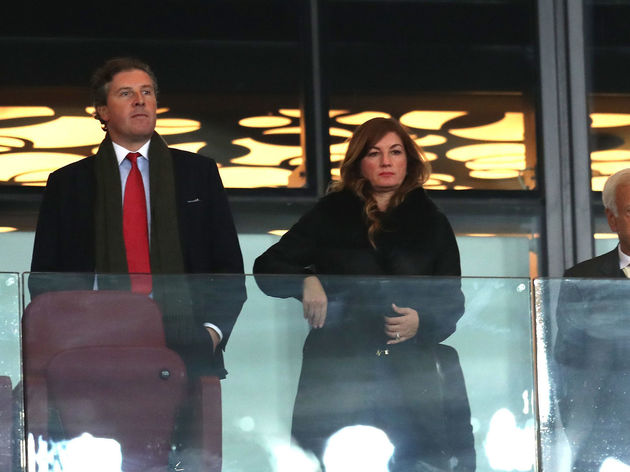 ​The Telegraph reports that the board refused to comment on how the vice-chairman earned her pay rise, and supporters' group 'West Ham United For Change' hit out at Brady, claiming that she 'spends more time working on her brand than she does for the club'.

“We are very disappointed to see that the part-time CEO and vice-chairman Karren Brady was awarded a huge pay rise for her continued failed attempts at the rebranding of the club which have been a significant contributory factor to the current dissatisfaction of the supporters," the statement read.

"A club of our stature cannot have a part-time CEO that spends more time working on her brand than she does for the club.”

The group also questioned why co-owners David Gold and David Sullivan have failed to increase their equity in the club, despite charging interest on their loans which total £45m. “Whilst we have a concern that they are charging four per cent interest, unlike many other owners that provide interest free loans to their clubs, a greater concern is that they have actually failed to increase their equity stake in the club.

"They should be converting some of their outstanding £45m in loans to shares and providing a real equity injection to put the club on a more secure financial footing.

“We appreciate that whilst there has been investment in the playing staff, that is no good without a significant investment in the structure and support for the team in training facilities, scouting and coaching.

"The lack of infrastructure investment is another major concern amongst our supporters.” ​West Ham have been under the ownership of Gold and Sullivan for ten years, and recently celebrated the tenth anniversary since the duo took over the club in 2010. But the hierarchy have made little progress in their long-term plan of propelling the East London side to the upper echelons of the Premier League.

The Hammers have regressed this season, and they find themselves in the midst of a relegation battle, once again managed by David Moyes. Manuel Pellegrini was appointed to help the club transition to the next step of their journey, but he was sacked in December following a wretched run of results.