​West Ham succumbed to a surprising 2-0 home defeat to Watford on Saturday as they put in a below-par performance. However, despite conceding twice, Lukasz Fabianski was hailed by the Hammers' fans on social media.

Manuel Pellegrini's side went a goal down after 30 minutes, with Troy Deeney dispatching a penalty. West Ham simply couldn't recover from that point on and Gerard Deulofeu sealed all three points for Watford in the 87th minute. Nevertheless, the defeat could have been much more embarrassing had it not been for Fabianski, who has shown some of his best form this season. The Polish shot-stopper produced a string of excellent saves, including a particularly special stop to deny Abdoulaye Doucoure.

Fabianksi's performance did not go unnoticed amongst the Hammers faithful.

Only decent players today were Masuaku, Antonio and Fabianski rest weren’t at it

Poor result today but didn’t get the breaks that we’d had in the last few games. Referee Lee Mason with a bewildering performance. Fabianski very good today. Carroll is not even an impact sub any more - offered nothing in the 25 mins he was on, hope MP can see this #COYI

Nice to see Fabianski and Foster thriving. Definitely v underrated. You look at all these expensive keepers making huge mistakes whereas ours are very consistent.

Fabianski got be most under rated goal keeper in the league

Fabianski was a popular choice for West Ham's Man of the Match:

Fabianski again what a singing my MOTM. Says a lot when your keeper is man of the match 臘‍♂️

Oh, and that save from Doucoure:

West Ham have a relatively average defensive record so far this season, having conceded 27 goals in 18 games thus far. However, Fabianski has often prevented an average record turning into an abysmal one.

Fabianski has certainly carried that impressive form into his new chapter at West Ham and the Gunners must be regretting their decision to let him go now. Indeed, Arsenal also sold Juventus 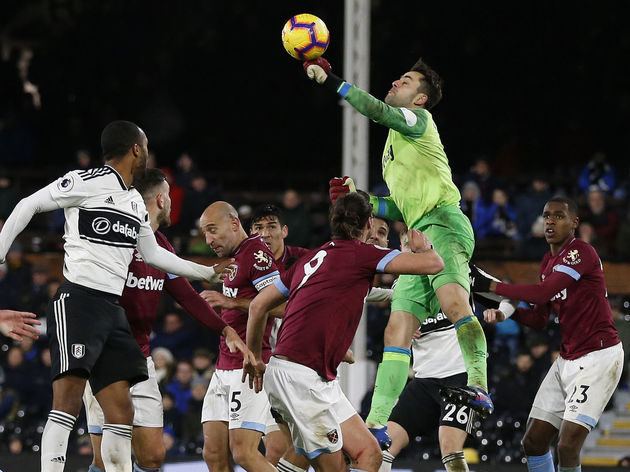