​West Ham are believed to be working on a deal to sign former Southampton striker Graziano Pelle in January. 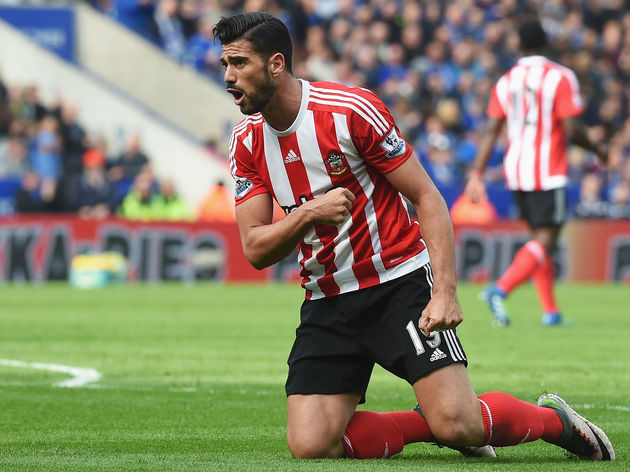 Tuttomercato claim that the Hammers are keen to bring Pelle back to England, but face competition from Turkish giants Galatasaray to secure his services.

Pellegrini's desire to strengthen his forward line is well documented, and has become increasingly important since star striker Marko Arnautovic was ruled out until the new year through injury. That leaves Javier Hernandez, Lucas Perez, and the injury prone Andy Carroll as the Hammers' only recognised strikers - though Michail Antonio can also fill in if required. West Ham's hierarchy have allegedly made contact with Pelle over a proposed move, though he will need to take a significant pay cut if he is to return to England. The former Feyenoord striker reportedly earns around £13m per annum in China, meaning it could prove difficult to thrash out financial terms.

Should the Hammers complete the deal, they will pick up an experienced forward with a proven goalscoring track record. Pelle netted 23 Premier League goals for Southampton during his two seasons on the south coast, having scored a staggering 50 times in 57 Feyenoord appearances prior to that.

He has also scored nine times in 20 international appearances for Italy, and netted twice during Gli Azzurri's Euro 2016 campaign.