​West Ham have introduced their new home and away kit for next season, inspired by the Hammers’ historic 1980 FA Cup-winning team that included Billy Bonds and Trevor Brooking.

West Ham extended their deal with Umbro earlier this month, meaning their contract with the sport manufacturers is to run through until 2023, and the company has gone about offering a vastly differing design to that of the previous campaign.

The home strip in particular features a striking sky blue upper section to the shirt and sleeves in a shift from the previous home shirts, which were dominated by the claret colourway.

Inside the blue upper part are tonal horizontal stripes, which are a nostalgic nod to the iconic Admiral kits of the late 1970s. Betway will continue to sponsor the club, with the font featuring in white alongside the matching coloured Umbro logo.

The away all white strip will bring up fond memories for the Hammers faithful who remember the 1980 FA Cup final, as the Second Division Irons donned a similar kit as they beat First Division Arsenal 1-0 to win their third FA Cup.

Next season's edition of the famous shirt will also feature a claret collar and sleeve trimmings, as well as white socks. 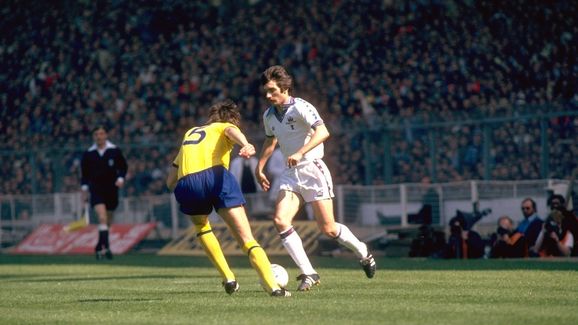 A statement on West Ham's ​official website from club captain Mark Noble said: “To wear this shirt, especially with the West Ham badge on it – it takes an honest player, hard-working, a player that leaves everything on the pitch and plays for the crest on the shirt.

“When you play for this Club, you join a family and players do realise that this is not just an ordinary Football Club, this is a great Football Club, with a great history, and the shirt represents just that.”