Roma striker Edin Dzeko has been linked with a move back to the Premier League with West Ham, after it emerged that Roma are unlikely to offer him a new deal.

The 33-year-old, who won the Premier League title with Manchester City on two occasions, has plied in trade in Serie A for four years and his current contract with I Giallorossi is due to expire next summer. 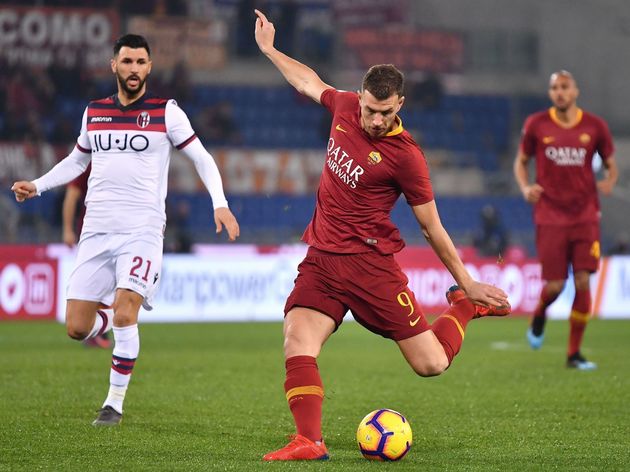 It appears he may be heading for the exit door sooner rather than later though, with CalcioMercato claiming that Džeko will not be offered fresh terms - and as a result he could be sold this summer to avoid losing him for free.

A reunion with former manager Manuel Pellegrini at West Ham is one possible destination for the Bosnian striker, with the Hammers previously credited with an interest in bringing him back to England.

He is unlikely to command a fee of greater than £15m because of his age and the report claims that West Ham could make a move for him if Marko Arnautovic, who was linked with a move away from the London Stadium in January, ends up leaving the club.

With a move back to former Manchester City, for whom he scored 16 goals en route to winning the 2013/14 Premier League title with Pellegrini, unlikely to materialise, Dzeko could look elsewhere in the Premier League - with Crystal Palace and Everton joining West Ham on the list of teams interested in procuring the experienced marksman's services.

The Bosnian has been a success in Germany, England, and Italy, scoring 50 or more league goals in each country, but is said to have enjoyed his spell in English football the most. He also won the Serie A