​West Ham are looking to add one more centre back to their squad before deadline day, as Manuel Pellegrini seeks cover for first-choice pairing Issa Diop and Fabian Balbuena.

Having leaked 10 goals in five games in pre-season, manager Manuel Pellegrini is hoping a new defender can help sure up his backline - that was also the ninth-worst in the last Premier League campaign.

Football.london reports that Pellegrini would like an experienced campaigner to come in as a third-choice centre half, but also provide real competition for the starters. According to Sky Sports, West Ham identified New York Red Bulls defender Aaron Long as their budget choice to boost their squad options, after spending heavily on the likes of Sebastian Haller and Pablo Fornals.

Long, the ​MLS Defender of the Year for 2018, has a £4m release clause in his contract and wants to move to the ​Premier League according to the report. However, ​West Ham are

​hopeful that he can secure a move​West Ham

"Every kid in the USA dreams of playing in the English Premier League. Not many players getthe chance, so of course I would like to play there someday." 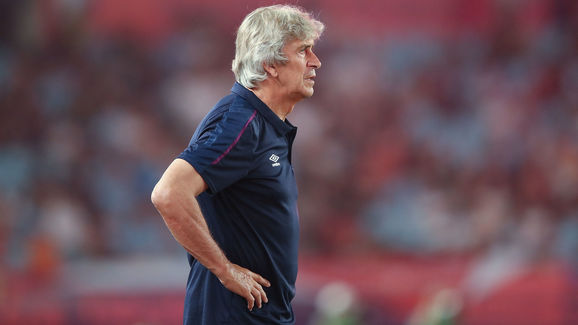 Football.london's report also name-checks Gary Cahill as a possible option for the Hammers should they fail to land Long, with the former Chelsea captain now a free agent.