After picking apart Newcastle 3-0 at the weekend, some West Ham stars took a brief break from Premier League action to try their hands at a spot of 'crazy snooker'.

Crazy snooker, the spiritual cousin to crazy golf, sees players attempt to navigate their way around a snooker table which has been filled with props and obstacles - the likes of which are usually restricted to your run of the mill crazy golf course.

In a promotional video for the betting company ​Betway, ​Mark Noble​Marko Arnautovic​Javier Hernandez

The two teams were tasked with potting the ball in six different crazy gold inspired holes: the Helter Skelter, the Water Wheel, the Loop-the-Loop, the Runaway Train, the See Saw and the Trap Door.

The contest offered up some impressive shots and embarrassing misses and, whilst ​Arnautovic appeared to be as blase as usual about the whole thing, the Austrian was clearly having the time of his life. 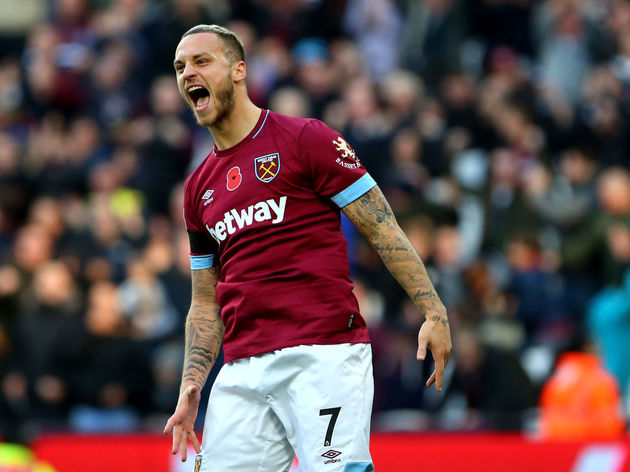 Whilst a career in the sport of crazy snooker may be on the horizon for Noble and Arnautovic, all four players will be turning their attentions back to football when the Hammers host Cardiff City on Tuesday evening and then Crystal Palace on Saturday.