Former West Ham duo Jack Collison and Carlton Cole claim the club is looking to emulate the success of their London rivals after being appointed to the academy coaching staff.

The Hammers academy has been known to bring through a number of exceptional talents over the years, with Rio Ferdinand, Frank Lampard, Joe Cole and Michael Carrick among a number of Premier League winners who honed their craft in east London.

The success stories have dried up in recent years, with captain Mark Noble flying the academy flag solo at one point. However, with the emergence of Declan Rice, Grady Diangana and Ben Johnson this season,  the club appear to be reemphasising their push on promoting home grown talent. With that in mind, new Under-18s manager Collison has praised first team manager Manuel Pellegrini's willingness to give them a chance.

"West Ham has been known for having a good academy for years, for producing these players and it seemed like there was a slow up on the conveyor belt,” Collison told Standard Sport.

“Managers are working on a short time frame sometimes, can they trust the young players, maybe not. But as you see with Pellegrini this year he is certainly not scared to chuck them in. That pathway and opportunity is what they are looking for, the last 12 months have been a real positive time for the academy.”

Former West Ham striker Cole echoed his former teammates sentiments, praising the Chilean for lifting the atmosphere at the club following his appointment in the summer. "Having everyone go over to the first team gives the kids here hope. That is probably why it was a bit barren before, players couldn’t see a route to the first team but now you are seeing that it is a great thing for the boys."

The academy has gone under a huge £4m renovation which will boast new medical, fitness and analytical facilities, a new education centre and an extended indoor pitch.

It is a far stretch from what the two players experienced during their playing time at the club but an indication of what the future may hold, with Cole admitting that challenging the top clubs is a priority. 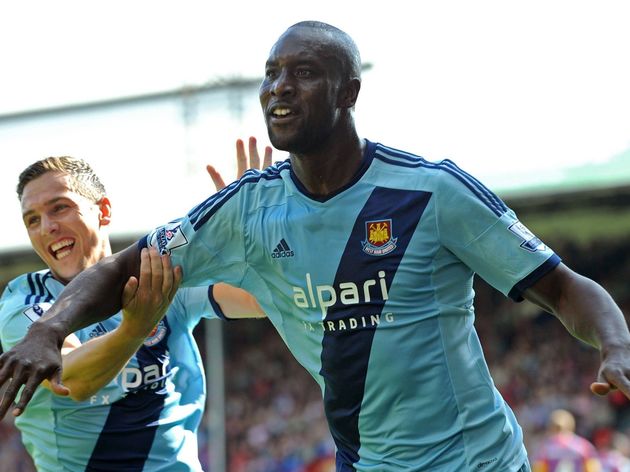 He added: “Especially now we’re in an area where we are trying to compete with a lot of the big clubs; Tottenham, Arsenal, Chelsea, hopefully now we can compete with the facilities, hopefully, we’ve got a couple of good coaches here, and also that really big one is the fact that if you’re good enough, you will get an opportunity which we couldn’t say before.”