The England internationals have both been long term absentees after undergoing respective ankle operations but could give Manuel Pellegrini a boost by being fit enough to take their places on the bench against City. 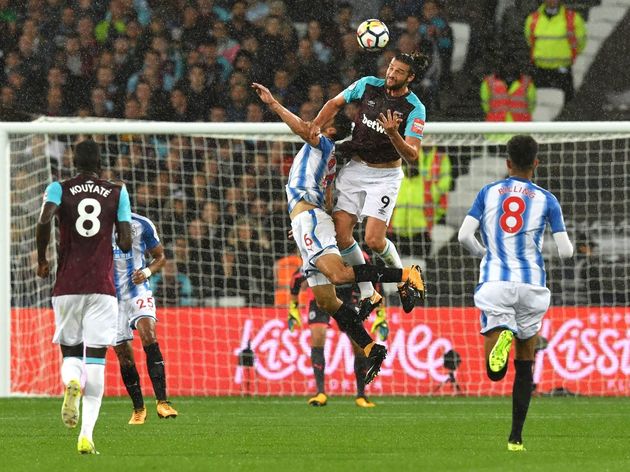 The Hammers have endured a mini injury crisis of late, with as many as seven first team players being unavailable, but with the ​Mirror reporting that Carroll and Wilshere could return this week, those injury worries will be reduced slightly.

Injury stricken Carroll hasn’t featured under his new manager after picking up an ankle injury in pre-season that required surgery.

Last week, however, the former ​Liverpool target man came through a behind closed doors friendly with Brentford unscathed and looks to be nearing full fitness. Wilshere also had to undergo surgery on his ankle, and hasn’t featured for his new side since the start of September.

The former ​Arsenal man has been stepping up his involvement in training and it now looks like there could be a chance for him to also make the bench this weekend.

If he does fail to make this game, Wilshere will certainly be fit for the trip to ​Newcastle next time out.

Time is running out for Carroll to earn a new deal at the East London club, with his £100,000 a week contract set to run out in the summer. ​West Ham will appreciate any return to fitness for their first team regulars as they look to move away from the relegation zone but will still be without long term absentees Andriy Yarmolenko and Ryan Fredericks, while Manuel Lanzini and Winston Reid are still weeks away from a return.