West Ham Report Card: Mid-Season Review for the Hammers in 2019/20

I really, really hoped to be settling down to write this piece in a positive frame of mind.

But alas, West Ham's season continues to go from bad to worse under Manuel Pellegrini, so that idea has been carted on the living room fire to burn in the depths of hell.

The Hammers' latest defeat - wrestled from the jaws of victory against Crystal Palace - was just another notch on the 'exceptional disappointments' belt this season, and leaves the Irons just a point above the relegation zone.

So with positivity oozing out of my paws, let's dissect how things have gone so far this season - with a mid-season review to (not) savour... Now, surprise away wins over Chelsea and Southampton aside, those promising early season moments are just a distant memory. ​West Ham Cor, blimey - have we really got to narrow it down to one?

The obvious route to go down here would be slating the goalkeeping options at the club, because outside of the wonderful Lukasz Fabianski, it's slim pickings to say the least.

But the standout trait of doom continues to be West Ham's fragile mental state. Why, oh why, can the Irons not learn how to defend a lead? Why is it so impossible to tighten up, play the situation and just be a bit smarter about things? Time after time, late goals and lapses in concentration cost points...and it's getting a bit draining.

Oh, and not being able to score at home until it's too late - that's also a thing. 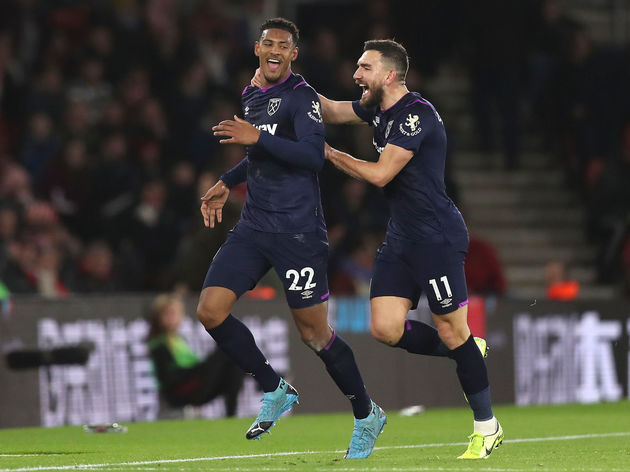 So yes, Pellegrini's job is the number one consideration here - followed quickly by the desperate need for central midfield reinforcements, a striker to help Sebastien Haller out and 25 new brains that remain calm and composed when under the pump.

If you don't ask, you don't get - and I'm asking for all of the above, Davids Sullivan and Gold.

Because Michail Antonio has only played 515 minutes of Premier League football, ​has crashed his Lamborghini into someone's front garden while dressed as a snowman and has also been West Ham's ray of sunshine since returning from injury. I admit this hasn't been the most positive piece of writing you're ever likely to see.

But it has at least summed up the discontent among many, many West Ham fans. Things simply must change, for better or worse, because if they don't, you can only see the season drifting in the painful direction of Championship football.

As a result, things can only be deemed a catastrophe at this point. And the Hammers' grading is a sad reflection of where they are right now.