​West Ham welcome Cardiff City to the London Stadium on Tuesday night in a crucial Premier League tie, but could be without two vital defenders.

​Aaron Cresswell and Fabian Balbuena will undergo late fitness tests after the defensive pair both picked up injuries in last weekend's game against Newcastle. 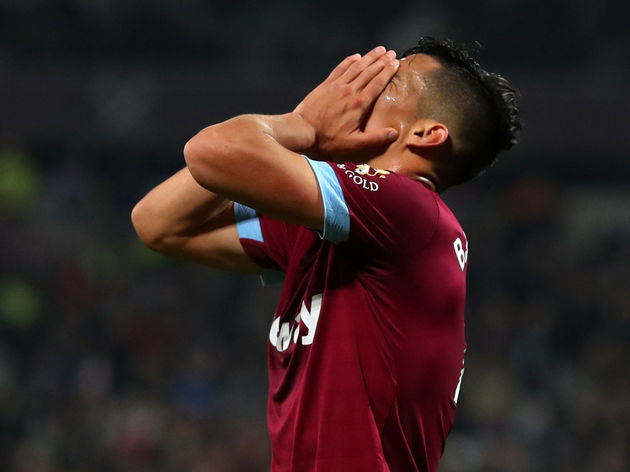 Since signing for Pellegrini's side in the summer, Paraguayan centre back Fabian Balbuena is yet to miss a single minute of Premier League football. He has helped sure up a defence that conceded 68 goals last term - joint most along with Stoke City.

But, after picking up a knock last time out against ​Newcastle, Balbuena will be forced to undergo a late fitness test before the crucial game with ​Cardiff.

​Similarly, Aaron Cresswell sustained a hamstring injury in last weekend's win and had to be withdrawn in the second half at St James Park. When probed for an update on the full-back's injury, manager Manuel Pellegrini said the Cardiff game may come too soon for the 28-year-old.

"Cresswell has a hamstring injury, which is why he couldn’t continue the game. We will see him tomorrow and make the last decision, but it could be difficult," Pellegrini told the club's website following their 3-0 win at Newcastle.

“We must see about Balbuena. He had a hard kick on Saturday. Those are the two players that have some problems.” A win for ​West Ham would see them leapfrog Wolves in 12th place. However, the Hammers haven't won two Premier League games in a row this campaign and will be desperate to find some form going into the Christmas period.