West Ham Should Not Sack Manuel Pellegrini - But He Must Stop Being Stubborn, Wake Up & Make Changes

First day gubbing by Manchester City aside, things had started off fairly brightly for Manuel Pellegrini and West Ham this season.

Unbeaten in six after that opening day trouncing, the Hammers were riding high in fifth at the end of September, with three wins and three draws safely tucked under the belt.

Disappointing defeats against Crystal Palace, Everton and Newcastle have been bad, but the nature of the performances are what have caused the most concern. Even the draw with Sheffield United at the London Stadium was a lame, tame affair. Well, not much in truth, and that in itself might be the problem at West Ham.

Pellegrini took charge at the London Stadium last summer to a wave of optimism and excitement among West Ham's fanbase. On the surface, you'd understand why that would be. The Chilean is, after all, a former Premier League winner with ​Manchester City and also managed Real Madrid.

But that excitement has been tempered over the past six weeks or so, as worrying problems from West Ham's past don't seem to have been addressed. There's also West Ham's fragile state of mind. The atmosphere does, at times, turn toxic at the London Stadium when things aren't going well, and obviously that doesn't help. But after a while, you get the feeling that a response must be coming from the players. Surely a bit of fight, a bit of determination and a bit of resolve in order to turn a game on its head.

Again, on recent evidence, that's not the case.

Against Newcastle, ​West Ham were a shambles defensively. Cut wide open by a team who had scored just six goals all season, Pellegrini's side could have conceded six in the first half alone. And that's not even an exaggeration.

Instead, the Magpies took just two of those opportunities, though they must have been wondering how they hadn't exploited the freedom of Stratford afforded to them by West Ham. What's worse is that Pellegrini, in his typically calm demeanour, stated after the game that he found it 'difficult to understand' why his team had started off so slowly, demonstrating such a lethargic attitude. 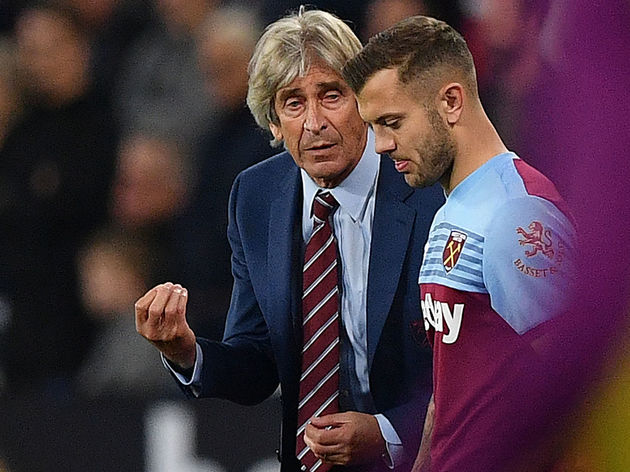 'Difficult to understand?' Manuel, you're the manager of the football club.

It's your job to know why your players aren't motivated for the fight.

It's your job to ensure that they go out all guns blazing, ready to show some passion and intensity.

It's your job to ensure that Robert Snodgrass isn't the only player who can be bothered to maintain a high intensity press, instead of dropping off and walking round after more than 10 seconds of trying to regain possession.

It's your job to come out, admit that things haven't been good enough and get those players together in the dressing room for a good old fashioned dressing down.

It's your job to impose change, Manuel.

Fans can tolerate their side being beaten by the better team, but it's difficult to stomach a performance that embodies everything you don't want to see - nervousness, weakness, and absolute vulnerability - p​were seen off with such easegood

The next step in West Ham's evolution is addressing these aforementioned demons. Tackling the bad times head on, ensuring that things don't escalate like they usually do and blow up into a full blown