​New York City FC have revealed that West Ham Under-23's manager Liam Manning is set to swap the Big Smoke for the Big Apple and take up a role as 'director of coaching for the academy' at the New York outfit.

Manning has impressed during his tenure at the London Stadium and is credited with the success of youth team products who have made the step up to the Hammers' first team. In a statement released by NYCFC, the club confirmed the acquisition of the youth team coach, pending a successful visa application. Manning, who was previously a youth coach at ​Ipswich Town, will leave the east London club at the end of the current Premier League 2 campaign on April 29th. 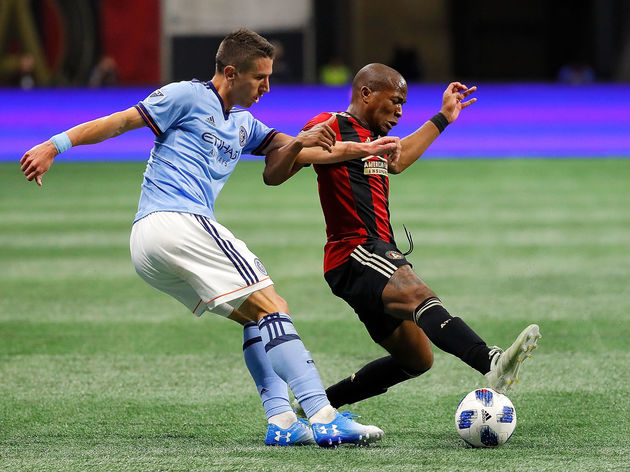 During the youth coach's time at the London Stadium, he has won the Premier League Cup with the Under-23's as well as overseeing the progression of now first-team regular and England international Declan Rice.

NYCFC academy director Sam Pugsley expressed his delight at acquiring the coach's services, as he said: "We’re thrilled to have Liam join the Club and help us continue to build and develop the pathway to professional soccer for players in the Tri-State area.”

Manning was promoted into his current position as a result of his success with younger age groups, and West Ham may look to employ the same tactic as they search for his replacement.