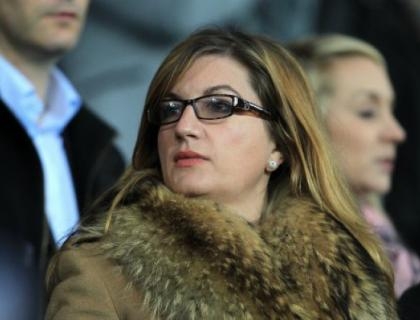 Taylor: We must concentrate on game

West Ham midfielder Matthew Taylor believes focus needs to remain on the club's current plight and has urged his team-mates not to be distracted by outside influences.


The Hammers currently sit 17th in the Barclays Premier League with only goal difference keeping them out of the relegation zone.


Bottom club Sunderland are the visitors to Upton Park on Saturday afternoon with West Ham no doubt keen to add to the three league wins they have managed so far this campaign.


A defeat could see Sam Allardyce's side drop as low as 19th by the end of the weekend and, although former England Under-21 international Taylor is expecting a stern test, he feels the squad are ready to turn things around.


"There's no point in beating around the bush, we need three points at home," he said.


"Sunderland obviously are going to need three points as well so I'm sure it will be a good game. The manager has been very vocal with us in that we need to get back to getting the basics right and earning the right to play.


"There are no easy games in the Premier League and Saturday will be another difficult one. We need to concentrate on what we're doing in house first, and if we can get that correct, it will go a long way to securing a positive result for us.


"Experience counts for a lot in these situations, but you can't get caught up in the media frenzy that surrounds the game. We need to concentrate on ourselves and a lot of it boils down to can anybody who is playing, play better than their opposite number.


"If you can do so and make less mistakes than they do, you have a great chance of winning the game."


The job of sealing what could prove to be a pivotal three points will be made much harder for the Hammers due to their ever-increasing injury list.


Captain Kevin Nolan will miss out through suspension while up to eight other players could be absent with various injuries, something Allardyce could do without ahead of a busy Christmas period.


He said: "We're not in a great place for selection purposes particularly with this December programme we've got, with Wednesday as well as Saturday and then Manchester United the following Saturday.


"It is a difficult period for us and we all know what position we are in with results. The lads who are available need to step up to the plate and try and do the business."


Big-money summer arrivals Andy Carroll and Stewart Downing are definitely out, as are the likes of Winston Reid, Ricardo Vaz Te, Mladen Petric and Alou Diarra.


James Collins and Guy Demel have been ill but could be in contention while the returns of James Tomkins and Ravel Morrison have come at a crucial time for Allardyce as he looks to get West Ham's season back on track.


Gus Poyet has admitted he is not enjoying life as he attempts to drag Sunderland out of danger.


The 46-year-old Uruguayan cast a forlorn figure last Saturday night after seeing the Black Cats slip to a second Premier League defeat in four days at the Stadium of Light which left them five points adrift at the foot of the table.


Poyet and his players will resume their survival battle at West Ham with some of their own supporters believing their fate is already sealed.


The manager does not subscribe to that theory and although he admits the club's season is fast approaching the point of no return, he is not about to give up.


Asked if he had ever experienced anything like the Black Cats' current plight, Poyet said: "No. But I accepted the challenge and now I am not going to hide. I have got no problems.


"Is it enjoyable? No, I can tell you it's not, but I don't think everybody gets a job and tries to enjoy the job.


"That's a dream job. That's what I have said to the players: You want to play football? Yes. You want to earn money? Yes. Have you got a lovely place to train? Yes. Then you are lucky because you are enjoying your life.


"But at the moment, no, I am not really enjoying my life. But it's the way it is. I am trying to make sure I can enjoy it in a few weeks' time, that would be nice."


Poyet has no fresh selection problems. Only goalkeeper Keiren Westwood (shoulder) and defender Carlos Cuellar (hip) remain on the casualty list, and with Vito Mannone the man in possession in goal and John O'Shea and Wes Brown having secured the central defensive berths in recent weeks, their respective absences have not proved too problematic.