​​West Ham and Brighton face off against one another in their first Premier League match of 2019 on Wednesday evening.

It was a contrasting end to the year for both sides as West Ham fell to an unexpected 2-0 defeat at the hands of Burnley and Brighton picked a valuable 1-0 win against Everton at the Amex. 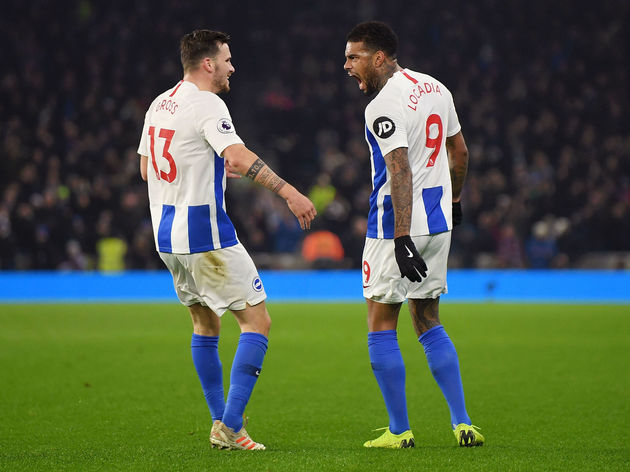 Just two points separate them in the table and, if Brighton are able to pick up a win on Wednesday, then they will leapfrog the hammers into 11th place in the league.

Check out 90min's preview of ​West Ham vs Brighton below. ​West Ham have a substantial injury list, but they were buoyed by ​the return of talisman​ Marko Arnautovic against Burnley. Pablo Zabaleta and Fabian Balbuena both missed out against the Clarets and they are unlikely to return in time for Wednesday. Interestingly, these two sides cannot be split when it comes to head to head results. Since their first meeting back in 1903, they have played each other ​50 times, each winning 18 matches, with the remaining 14 encounters ending in draws.

Brighton have the upper hand when it comes to recent results having won all three of their matches against the Hammers since they were promoted to the Premier League back in 2017. The last match ended in a 1-0 win for the Seagulls back in October. West Ham were in outstanding form at the start of December, winning their first four matches of the month and scored an impressive 11 goals in the process. Their form has taken a slight dip since and they've now lost two of their previous three matches against Watford and Burnley.

As for Brighton, they've only won two matches in the last month, but they have generally given a good account of themselves - even in defeat. They began the month with a stunning win over their rivals Crystal Palace, picked up a decent point against Arsenal on Boxing Day and rounded off the year with a hard-fought win over Everton on Saturday.

Here's a full breakdown of both side's last five results. West Ham were flying at the start of the month, but their various injuries have come back to haunt them and they are starting to look rather vulnerable at the back - conceding goals that should have been easily avoidable.

As for Brighton, they've never been a free-scoring side, but they have been able to grind out some very impressive results through sheer grit and determination. Premier League safety seems practically guaranteed already, which is testament to the job Christ Hughton has done on the south coast.

Both sides may have to settle for a draw at the start of the year.