​With another weekend of Premier League football ahead, ​​West Ham welcome Leicester City to the London Stadium on Saturday for what could be another thrilling contest between these two sides.

Having lost their last three games, including a narrow defeat to Manchester United last weekend, Manuel Pellegrini's side will be determined to grab all three points in front of a bumper home crowd.

As for the visitors, ​Leicester have looked a real threat as of late and have produced excellent football under new manager Brendan Rodgers. Despite ​their loss to Newcastle on Friday night, they will be fearless coming into the fixture this weekend. Here's 90min's preview for the match below:

​West Ham could be without ​Manuel Lanzini after the Argentinian limped off during their 2-1 defeat to Man Utd last weekend. ​

Pellegrini will definitely be without Winston Reid, ​Andy Carroll, ​Andriy Yarmolenko and Carlos Sanchez as they all recover from injury, while Robert Snodgrass is suspended.

​Marko Arnautovic could come back into the side after missing the ​Man Utd clash through illness. Brendan Rodgers is likely to be without long-term absentee Daniel Amartey, as he continues to recover from a long-term ankle injury.

Fan favourite Marc Albrighton could make a return to the starting line-up having appeared as a second-half substitute against Newcastle last Friday.

In the reverse fixture, ​Leicester were held to a 1-1 draw at the King Power Stadium, equalising in the 89th minute courtesy of​ a deflected Wilfred Ndidi strike.

The Foxes have had the upper hand in the last five ​Premier League fixtures, winning two of their last five games, the Hammers only winning on one of these occasions. 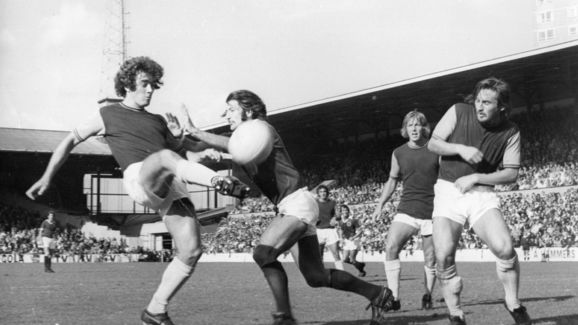 Although the visitors have certainly had the upper hand in recent times, West Ham have beaten Leicester 52 times in 131 competitive games since 1919.

Although West Ham have the upper ground on the win tally, there have been 32 draws between the two sides in the same period of time.

The last time these two met at the London Stadium, they drew 1-1.

​Having narrowly missed out on points against Man Utd, West Ham will be eager to improve their form and produce a stronger finish this season.

Having suffered defeats to Man Utd, ​Chelsea and ​Everton, the hosts will be hoping to take the positives from each result into Saturday's fixture. 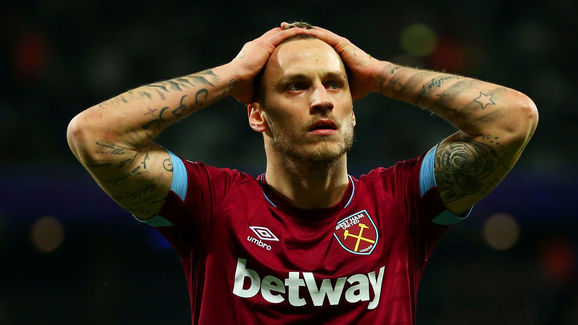 Leicester have been excellent in their last few games, but were frustrated by the defensive setup implemented by ​Newcastle on Friday night.

Despite the loss, Brendan Rodgers will take the positives out of his performance and hope to get back to winning ways.

Here's a look at how both sides have performed in their last five games:

West Ham and Leicester come into Saturday's match on the back of a loss, so both Pellegrini and Rodgers will be eager to get back to winning ways.

Although Felipe Anderson's impressive form could certainly steer West Ham to victory, their injury list, and Leicester's recent ability to score so many goals, may be a little too much for them.

The game could be won for the home side if they can close down Leicester's Youri Tielemans and James Maddison, who have scored four between them in their last five games.

As Leicester push for a European qualifying spot next season they may just have a greater desire to get the points come Saturday.