West Ham vs Newcastle: Key Stats to Impress Your Mates With Ahead of Premier League Clash

​Two of the Premier League's out-of-form teams meet as ​Newcastle make the journey down to the London Stadium to face West Ham.

Both teams have only won once in their last five games - both being home wins against Manchester United. Newcastle sit just outside the bottom three, whereas West Ham's dip in form has seen them fall to mid-table obscurity after a promising start to the season. Both teams need a win so it could be an open affair.

You want to know more? Of course you do. That's what we at 90min are here for.

Here are some key stats, courtesy of Opta, that you can use to impress your mates with while watching the game this weekend. Thank us later.

​West Ham are the worst team in the league at winning. They've dropped more points ​from winning positions than any other team (nine). It gets worse when you realise they've opened the scoring in the last two home games without being able to secure the three points. They last failed to win three consecutive top-flight home games, having scored first in each one in August 1995.

Newcastle don't like London very much and have lost more games in the capital than any other side with 77. Yet, it's not all bad news for the Magpies as they've won two of their last three in London. West Ham's Argentina boss has faced Newcastle without defeat more often in the ​Premier League than any other side winning seven of eight.

In so doing, his sides have scored 25 goals and conceded only twice. Sorry Newcastle fans.

Newcastle aren't very good - and they're even worse considering their away form. They've lost their last three away games, having only lost more away games consecutively in 2016 when they lost nine (yes, nine) away games in a row. In terms of West Ham, too, they've lost three of their last four and haven't scored in those defeats. Ouch.

In front of goal, Newcastle have been incredibly poor, even after spending £40m on Joelinton. They haven't scored more than once in any of their last 10 Premier League games.​ West Ham have got the better of Newcastle, recently - I mean most teams have to be fair. They won both games last season against the Magpies, and will be aiming to make it three in a row against Newcastle for the first time since 1999. 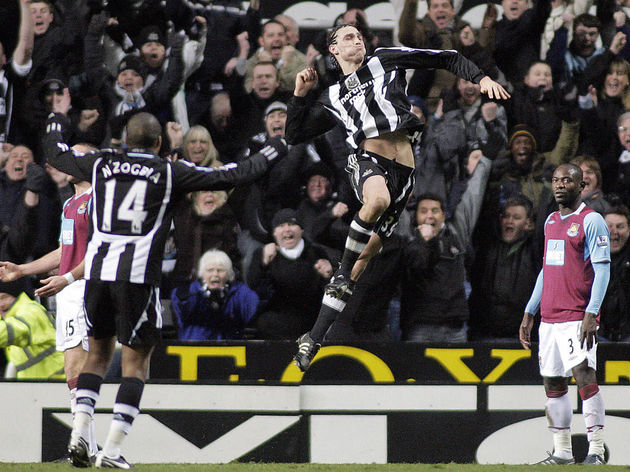 ​Andriy Yarmolenko has enjoyed an up-turn in form for West Ham, which has seen him involved in a goal in three of his last four games, after failing to score or assist in any of his first five at the London Stadium.