​West Ham United Women fell to a 2-0 defeat against Tottenham Hotspur on their historic debut at the London Stadium.

Plenty of women's games have been played in front of huge crowds at the stadiums of their male counterparts this season, with the likes of Stamford Bridge and the Etihad Stadium both hosting women's games since the start of the campaign.

Not the result we wanted but today a moment in history was made ⚒ pic.twitter.com/MX1RRGVYDD

​West Ham took to their ​official website to announce that 24,790 fans – the largest ever crowd for a London WSL game – piled into the London Stadium to watch the game, but unfortunately the momentous occasion ended in a 2-0 defeat for the Hammers.

Rianna Dean opened the scoring for ​Spurs shortly before half time, pouncing on Siri Worm's impressive cross to head past Courtney Brosnan and into the back of the net.

Matt Beard's half-time talk appeared to work wonders for the Hammers, who came flying out of the gates and were almost level just seconds after the break as Martha Thomas, Adriana Leon, Kenza Dali and Kate Longhurst all went close for Matt Beard's side, but Spurs held firm on a rainy afternoon and even managed to add a late second.

West Ham failed to deal with a tame set piece after 84 minutes, and substitute Lucy Quinn was able to waltz into the penalty area to fire home and seal all three points for the away side. 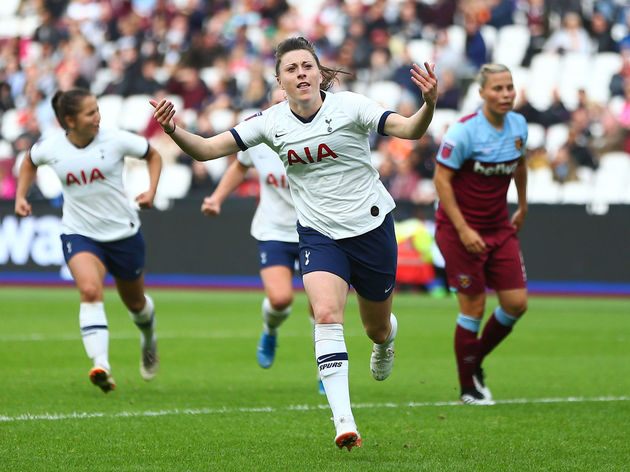 Beard's side almost managed to grab a consolation goal in the dying embers of the game, only for Thomas' headed effort to be saved by former West Ham goalkeeper Becky Spencer in the Spurs net.

It simply was not to be for West Ham, but they still wrote their name in the history books by taking their game to the London Stadium.