We at 90min have assembled an all-time Premier League XI for the Hammers.

But we've made it harder for ourselves (we love a challenge at the moment) and only allowed one player per country. Remember when this guy was at Arsenal and found himself deputy to Manuel Almunia?

After then losing out to his international rival Wojciech

Last season, he recorded more saves than any other Premier League goalkeeper, with 148. Although he was let go after the side were relegated to the Championship in 2003, he returned under Alan Pardew in 2005. After joining in 2005, Collins formed a successful partnership with Anton Ferdinand. The hilariously dubbed 'Welsh

Returning to the club in 2012, he was a regular feature in subsequent seasons as the Hammers solidified their spot back in the top division before leaving in 2018. ​He may have only played for the club for just over a year, but Croatian powerhouse Is there a more loyal player in English football right now? Noble has been to hell and back with West Ham and has made more Premier League appearances for them than any other player. ​The Senegalese skipper was signed from Anderlecht in 2014 and was a solid, reliable player

A combative midfielder with a lethal shot from outside the box, Kouyate is most famous for scoring West Ham's first Premier League goal at the new London Stadium in August 2016. ​The definition of a journeyman. Benayoun played for a staggering 12 different clubs during a 22-year long career. But it's his first spell at West Ham in 2005 that caught the eye.

The Israeli playmaker had a successful first season with the club, helping them to the FA Cup final in 2006

He would go on to move to Liverpool a year later, and Exciting midfielder Dimitri Payet joined from Marseille in 2015 despite his desire to stay in France being made evident.

A dead-ball specialist, Payet scored some of the best free-kicks this country has seen in years. His effort against Manchester United in early 2016 is definitely worth a re-watch, while he was also shortlisted

Signed in 1999 after serving an 11-game ban for pushing an official, he was never dull and his flying volley against Wimbledon in 2000 was voted Premier League goal of the decade.

Nearly joined Manchester United in 2001. Shame, really; the idea of Di Canio working with Sir Alex Ferguson is one we all would have loved. Left for Charlton in 2004 and finished his career in Italy. Managed Sunderland in 2013 (quite badly). The tall Malian forward finished as the clubs top league goal scorer for two seasons in a row. Fans enjoyed his best moments but were often frustrated by his inconsistency.

After departing England, his career took off. Scored 89 goals in 209 games for Sevilla and won African Footballer of the Year in 2007, the first player born outside of Africa to do so. 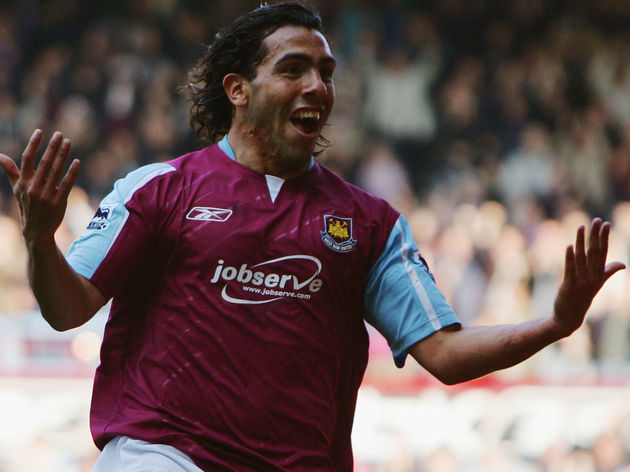 Still baffled as to how this transfer happened. When Carlos Tevez and his international teammate Javier Mascherano joined in the summer of 2006, eyebrows were raised. An issue with third party ownership was preventing big names from making an offer but West Ham took the gamble.

It was a great decision as the Argentine scored some vital goals to ensure the Hammers remained in the league that season. It was never going to be for long-term though.