​West Ham midfielder Robert Snodgrass has insisted on seeing the positive side from his team's performance on Saturday, despite their four-game winning streak coming to an end as they conceded at home to Watford.

The Hammers were beaten 2-0, with Troy Deeney and Gerard Deulofeu netting for the Hornets, but the home side wasted a number of golden opportunities to reduce the deficit including two strikes from 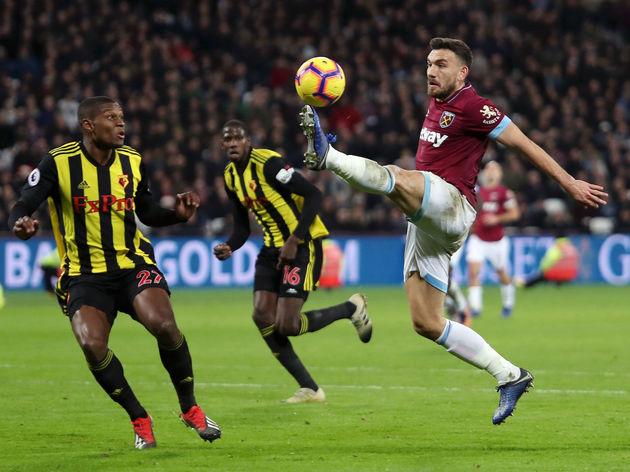 ​Evening Standard“It’s disappointing but I think there are positives.

"We created some good chances that sometimes hit the back of the net and you get a good result.

"You need to win your home games and that’s what gets the crowd behind you. It’s bitterly disappointing, it’s frustrating and I think a draw would have been a fair result." he added.

Manuel Pellegrini's side had a difficult start to the campaign, losing their opening four games, but Snodgrass believes their reaction since has been 'great', adding: “Of course. When you don’t win your first four games and you’re sitting level with ​Watford who have done really well, it’s great."

3 wins on the bounce ⚒⚒⚒ pic.twitter.com/0imLzPgZPk

Snodgrass has emerged as an unlikely hero for the Hammers in recent weeks, his future at the London Stadium looked in doubt as he spent last season on-loan at Championship side ​Aston Villa. However, injuries to ​Andriy Yarmolenko and ​Marko Arnautovic have given the wide-man an opportunity to flourish which he has taken with both hands.