Being a West Ham fan is tough.

We've been promised the world by our owners, had the sole ripped out of our club by smashing Upton Park to smithereens and are now embroiled in yet another relegation battle.

What's worse is that this has happened in the aftermath of:

So, I hear you ask, how have these issues been addressed? Well, read on and find out as we grade West Ham's January transfer window...(note, only first team players or those on the verge apply). 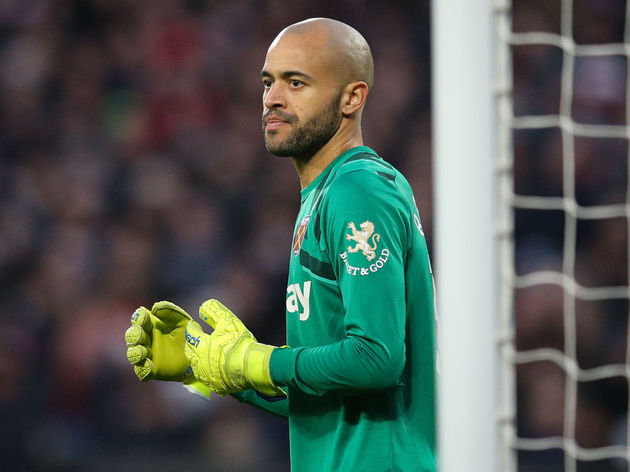 If there's one position that West Ham needed to strengthen immediately, it was in goal.

Injury to Lukasz Fabianski, Hammer of the Year winner in his debut season, was a bitter pill to swallow - the Pole suffering a hip injury against Bournemouth in late September - but it was made six million times worse by the appearance of his replacement, Roberto.

The Spaniard was absolutely abysmal and immediately looked out of his depth in the Hammers' goal. Mistake after mistake - including two howlers against Burnley - eventually saw David Martin take the reins, but with no top flight experience to his name, he was only ever going to be a short-term measure.

So the capture of Republic of Ireland number one, Randolph, is the perfect addition to West Ham's squad, strengthening the club's hand if Fabianski breaks down once more. Signed From: Slavia Praha (Loan With Option to Buy)

Another area of concern has been the ease in which West Ham's midfield has been bypassed this season, particularly in central areas.

I love Mark Noble as much as anybody else, but we all know that against most sides - not all - his partnership with Declan Rice lacks legs. What's been needed is a dynamic, powerful midfielder capable of getting up and down the pitch for 90 minutes, with a pinch of quality to boot.

Standing 6'4", the Czech certainly ticks the physically imposing box and also boasts an impressive track record with Slavia Praha. A participant in this season's ​Champions League, he's used to winning - a mentality that really needs to be found quickly in east London. Signing another right back will have been on the club's agenda, but there's no disputing that the deadline day priority was getting in a player who scored goals.

And in Jarrod Bowen, ​West Ham have snapped up not only one of the Championship's brightest talents, but a player who is more than capable of scoring goals.

In a time of need, those willing to put themselves about often shine brightest; Bowen must do that.

Nathan Holland has joined Oxford United on loan for the remainder of the season.

There are a select few in West Ham circles who believe Nathan Holland should have been given a chance to shine by the club, rather than being farmed out on loan.

After all, he's scored a barrel load of goals for the Hammers' Under-23s this season, as well as creating countless amounts of chances for his teammates. But, alas, his debut Premier League against Wolves will count for nothing, in the short term at least, as he's been shovelled out to Oxford on loan.

Still, Karl Robinson has got the U's playing decent stuff this season and they did pound us into Carabao Cup submission back in September... We could sit here and dissect every one of Roberto's mistakes in the West Ham goal.

But, instead, we'll just revel in the fact that Alaves have agreed to take him on loan for the remainder of the season, and he's no longer our problem.