Who Is TomÃ¡Å¡ Sou?ek? All You Need to Know About West Ham's New Central Midfielder

West Ham fans, sit up and take notice - we've actually made a January signing (an initial loan with option to buy) and his name is ​

So, Just Who the Hečk Is He?

Souček is a 24-year-old central midfielder, who operates primarily in a more defence-minded role.

What's He Achieved So Far in His Career?

Souček is getting used to winning things, which can only be a positive for our relegation battle. Yes, that may mean that he's not used to digging deep to grind out results, but does indicate that he'll arrive with a winning mentality. On a personal note, he's taken his game to the next level in the past two years, proving that he's more than capable going forward by showing a keen eye for goal.

Scorer of 18 goals in

There are two things that ​West Ham have lacked in central midfield for as long as I can remember.

Souček isn't going to solve our pace problem, I grant you that, but he will add some steel into our midfield. He'll also be handy from set pieces and crosses into the box, as he's a healthy 6'4 tall. His most valuable asset, though, is his stamina. The ability to run up and down, side to side, endlessly for 90 minutes is something that West Ham have lacked for too long.

Good question. Souček is clearly capable of playing at a high level, so it's a bit of a mystery why other potential suitors haven't swept in to take him off Slavia's hands, especially as his price (the Hammers reportedly have a €20m option to buy) isn't particularly high. 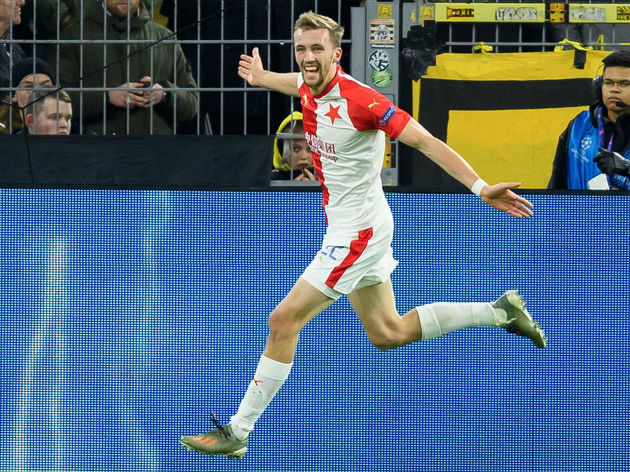